Cllr Lindsey Cawrey, county councillor for Washingborough discusses the investment that the county council has made in the North Kesteven area over the last few years.

“Firstly, there are lots of everyday services that your council tax pays towards, across the county. This includes care for older and vulnerable people and safeguarding children, keeping roads safe, our libraries and our fire and rescue service, just as a few examples.

“Along with funding for schools, we manage a budget of around a billion pounds on running these services.

“But on top of this, the council has also invested in buildings, equipment, infrastructure and developments for our residents. In fact, we’ve spent more than £30million in this district over the last few years, and more on other developments that residents here will benefit from too.”

Around £15million has been spent on major road projects including:

“Once the works to Holdingham roundabout are complete, combined with the rugby club improvements, people should experience less congestion, increased safety and better journey times when travelling around the Sleaford area.

“But the biggest infrastructure project running through North Kesteven is of course the Lincoln Eastern Bypass, which is progressing well. The surfacing is going down, signage is going up, the cycle lanes are being finished and it is still set to open by the end of the year.

“We’ve also spent over £3million on resurfacing smaller roads including in North Hykeham and around Metheringham and Blankney and St John’s Road in Bracebridge Heath.

“For families in North Kesteven, we’ve spent over £10million on improvements at 48 schools.

Other school improvements include:

These projects not only created a total of 230 additional school places, but also meant improved facilities for existing students.

“We are continuing to invest in our fire service buildings, appliances and life-saving equipment too.

“Fire stations in Lincolnshire are already benefiting from the £8million purchase of 33 new fire engines and further investment in top of the range equipment; this includes the crews at North Hykeham, Metheringham, Waddington, Billinghay, Sleaford and Brant Broughton.

“And because public safety is a priority for your council, we have recently spent over £630,000 to protect homes in Digby, where there has sadly been flooding previously to improve drainage, vastly reduce the chance of it happening again and give our residents peace of mind.

“There’s a lot we’ve done and we have plans to do so much more!” 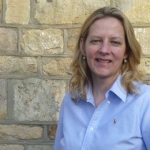 Lindsay was first elected onto North Kesteven District Council in 2011, in Bracebridge Heath and Waddington East, Lindsey is also an Executive Board Member on the Council.